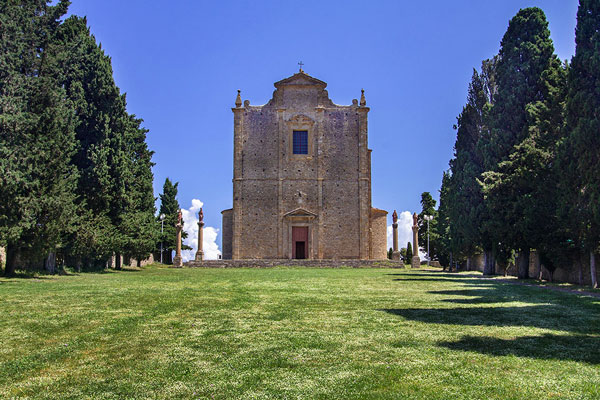 Start I Finish: Volterra square Martyrs of freedom
We'II start from Piazza Martiri della Libertà and continue towards Pisa far about 1.3 km. At the roundabout (Conad supermarket), turn right, take the first exit. At the end of the road we will find ourselves in front of La Torricella tower largely preserved in its last form from the Middle Ages. After we return to the roundabout and take the second exit, we'II turn right and enter in BORGO SAN GIUSTO, which takes its name from the church that we find a little further on, on our right, the Church of S. Giusto. 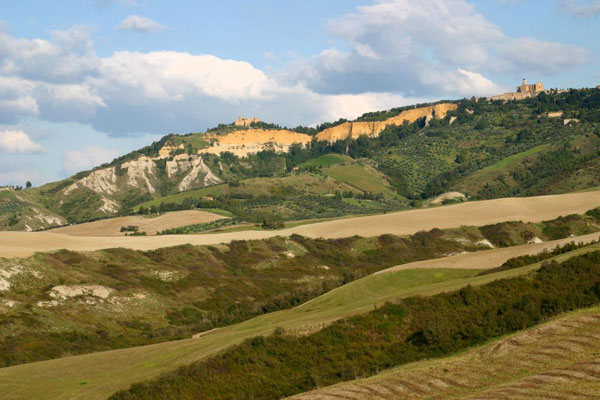 Begun on 28 October 1628, it was consecrated by the bishop Galletti in 1775. lt replaced a pre-existing church, called San Giusto "in Botro''. erected by the Lombards on the sepulchral caves of saints Giusto and Clemente.
This building was "swallowed" by the crags in the 17th century.
We leave the oldest part of the village of San Giusto and turning left we re-enter the SP15 towards Pisa. After 2 Kms we'II find ourselves in front of Badia Camaldolese. 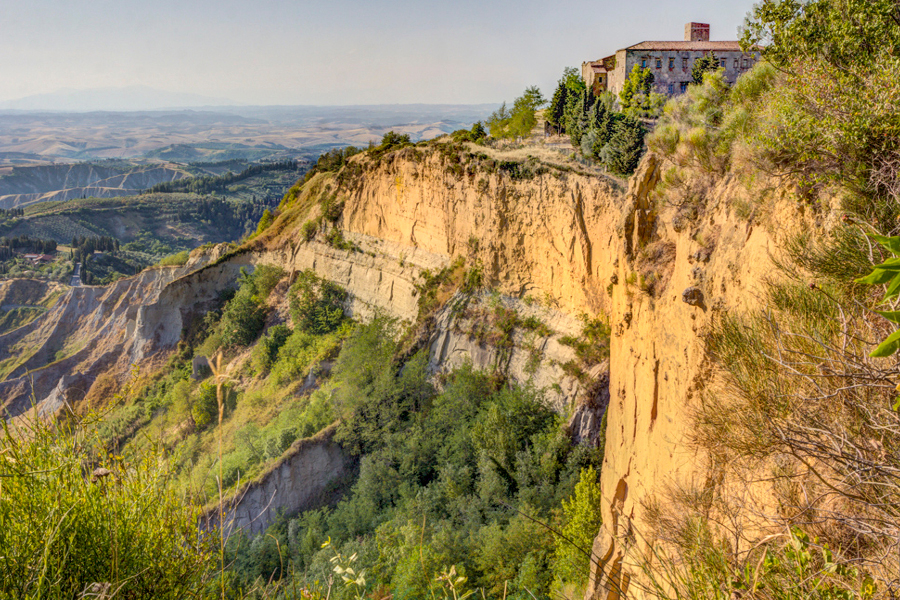 A religious compi ex built in the middle of the 11 th century by the bishop ofVolterra. Famous painters and artists worked in the complex. Famous are the frescoes preserved in the refectory, made at the end of the sixteenth century by Donato Ma scagni, which depict various episodes from the I ife of the saints Giusto and Clemente. We'II return to the SP15 and continue towards Pisa. After 4 Kms
(following Agriturismo Marcampo indications) we'II find a piace where we can admire a panoramic view of Le Balze. 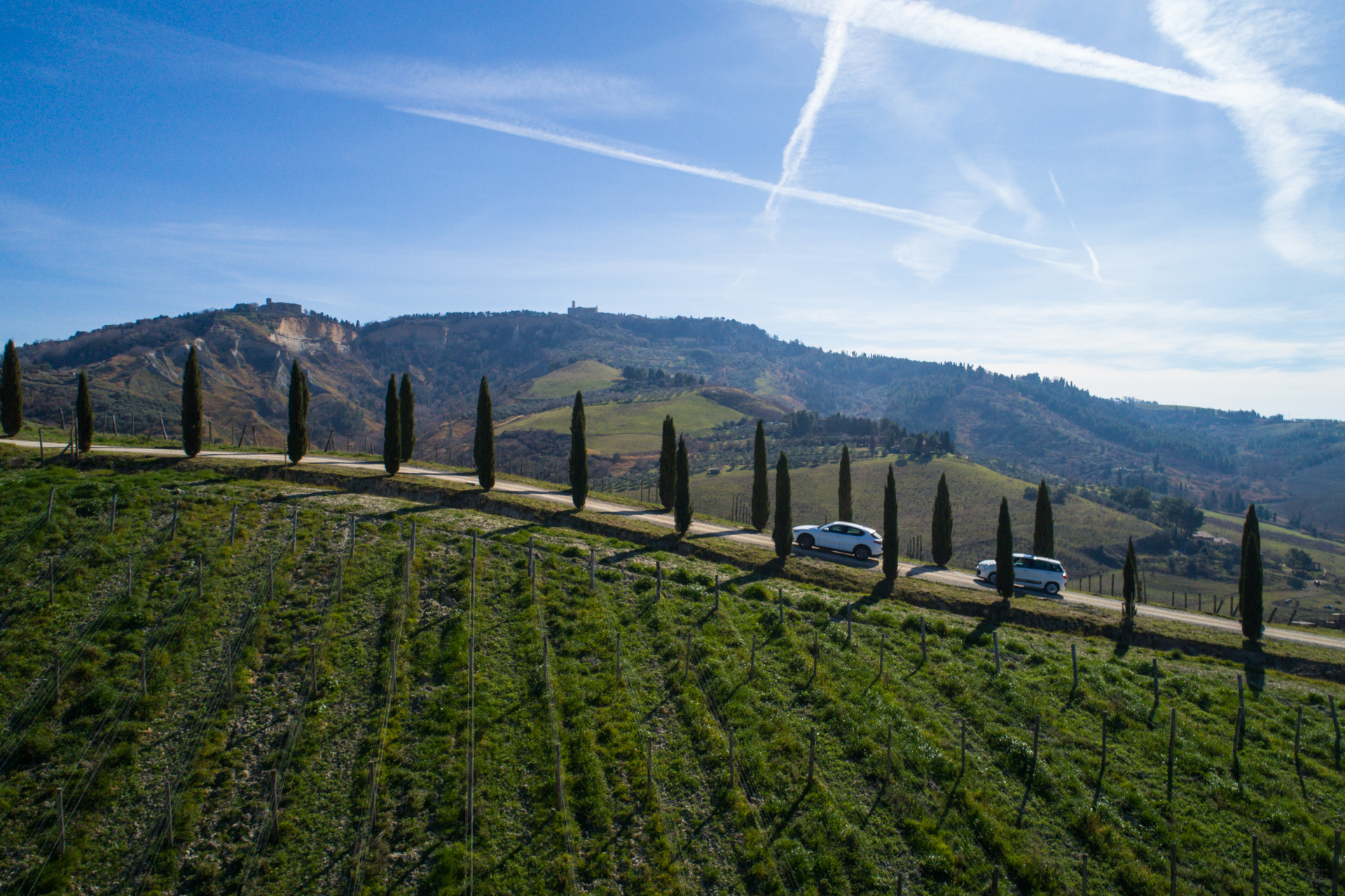 Natural phenomenon that gives a fascinating and terrifying landscape at the same time. These are chasms created by a long erosion caused by the type of soil: when weaker sands on the surface allow rainwater to pass, the underlying soil, substantially clayey, and tends to slip. Over time, churches, monasteries, roads and even a necropolis have been swallowed up. The area has been a burial space since the tenth century BC and many of the urns preserved in the Guarnacci Etruscan museum have been found right here. lt is possible to reserve tastings of their wines, at the Marcampo farm.
www.ellegrafica.com - info@ellegrafica.com
close
Choose the language
It appears that your browser language is different from the website.